How to lash your basket the easy way, with EZ Lash lash saver.

The EZ Lash tool protects your lasher from getting shredded as you pull your lasher through the space between your rim and your basket.  No more frayed and broken lashers!  In addition, the EZ lash tool makes starting and stopping your lasher a breeze.

Here's how I lash my baskets.

Once I have my rim fitted on my basket, I secure the rim with cable ties.  This isn't absolutely necessary but it sure makes the job easier.  Insert the EZ Lash tool between two spokes just under the rim and insert cable tie as shown. 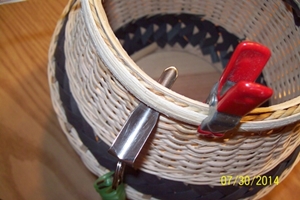 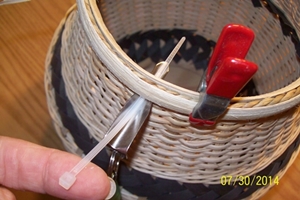 Once the cable ties are all in place, every 3-4 inches around the basket, I begin my lasher.  I like to lash my baskets inserting the lasher from the outside in.  If you prefer lashing from the inside out, see the instructions at the end of this page.  Now, insert the EZ Lash tool under the seagrass and the inside rim so that the end of the tool comes out on the inside of the basket as shown. 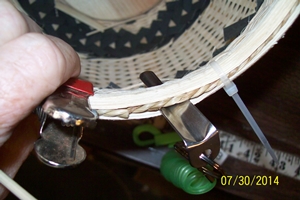 With the rounded side of the lasher against the tool, insert the end of the reed from the inside of the basket, UP the tool about 4 inches. 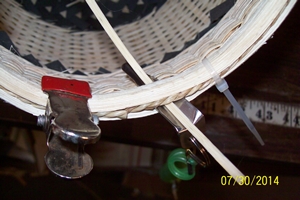 Pull the tool out and reinsert it down the front of the basket under the rim and feed the end of the lasher down the tool.  Romove the tool and pull the end tight. 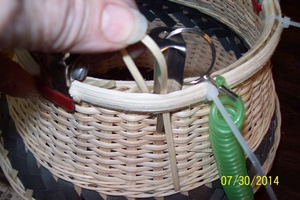 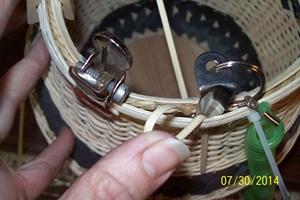 Now begin lashing by inserting the tool beneath the rim to the right of where you started the lasher.  Leave the tool in place for the entire length of the lasher as you pull it through the space.  This will protect your lasher from shredding, becoming frayed and breaking.  Pull the tool out, pull the lasher snug and 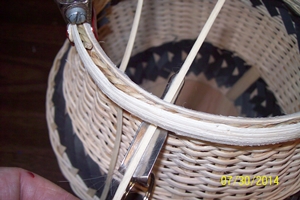 continue around the basket. Keep your lasher tight by following your progress with a clothespin so that you don't lose your tension if you relax your grip. 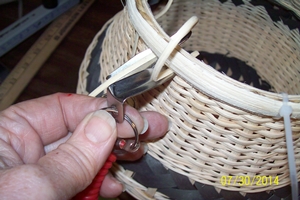 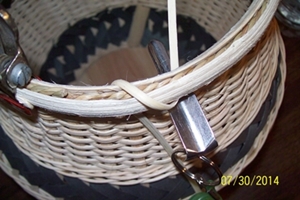 Some weavers like to use two tools so that can start their next loop befor pulling their lasher all the way through. 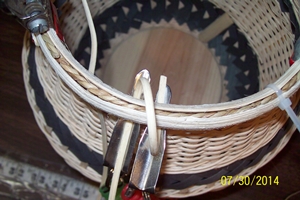 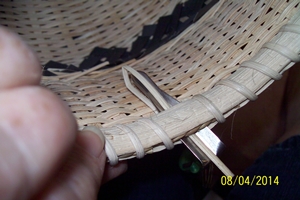 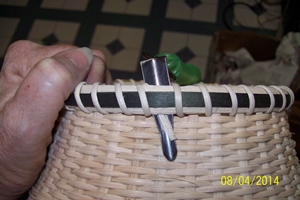 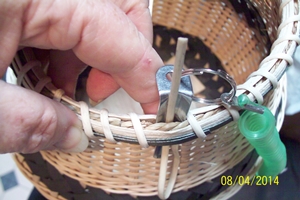